Posted by devrick on 02/19/2012
Posted in: Arenacross, Events and Appearances. Leave a comment 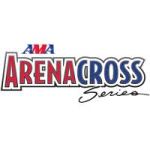 RENO, Nev. (February 18, 2012) – Saturday night signified the final night of action for the Reno Arenacross and the fans inside the Livestock Events Center were witness to exceptional competition. For the second straight evening, Monster Energy/AMSOIL Kawasaki presented by Maxxis’ Tyler Bowers, of Danville, Ky., took advantage of a strong start to win his 12th race of the season, and inch even closer to a second consecutive Arenacross Class title. In the Arenacross Lites Class, Reed and Reese KTM’s Dave Ginolfi, of Lake Hopatcong, N.J., secured a hard-fought victory.

FMF Power/Poynt Tuf Honda’s Jeff Gibson, of Blacklick, Ohio, replicated his efforts from the previous evening to take the early lead in the 25-lap Arenacross Class Main Event. However, Bowers wasn’t far behind and quickly began to put pressure on his rival. Gibson managed to open up a comfortable gap early on, but Bowers quickly minimized the advantage.

On Lap 9, Bowers moved into the lead and proceeded to take control of the main event. The Kawasaki rider continued to pull away from the field on each lap, and ultimately took the checkered flag with a near 13-second advantage over the rest of the field.

Gibson held on for second to ensure that the championship won’t be decided until the season finale, while Bella’s Cupcakes/Club MX Kawasaki’s Zach Ames, of Prospect, Ohio, finished third.

Bowers heads into the final race of the season next weekend in Minneapolis with a 24-point lead over Gibson.